You are here: Home » About Us

Exabytes has specialized in providing web hosting services since year 2001.

Exabytes Group is a leading web and eCommerce hosting provider that was founded on the principle of providing the best hosting solutions to its customers. A fast growing IT establishment founded in 2001, the story behind “Exabytes” as company’s official name took place when CEO, Chan Kee Siak acknowledged the existence of a well-known company that went with the name of “Gigabytes”. Sounds like a BIG organization, isn’t it? But being the visionary and competitive person that he is, Chan is determined to be even BIGGER and better than them, and so, the idea of naming the company “Exabytes” kicked in.

At Exabytes, we place Customer Service as our Top Priority in line with our commitment to provide the best and friendliest services to our customers. 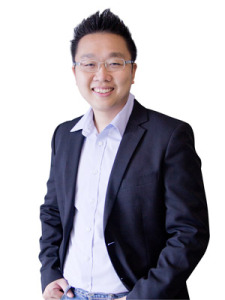 Over the years, Exabytes has turned from a one-man company to a renowned IT establishment which manages over 1,000 servers for 65,000+ clients in 121+ countries. Besides the recognitions and awards it has received, Exabytes was awarded MSC Status in 2005 and ISO 9001:2008 Certification in 2011. In 2012, a book written on its success story, “From Zerobyte to Exabytes” was launched at all major bookstores in Malaysia and Singapore. It was the Exabytes spirit coupled with hard work, perseverance, patience and commitment that make us grow into what we are today, the No. 1 hosting provider in the region, voted by our valued customers.

Copyright © 2021 - Exabytes Cloud Market | All Trademarks Are The Property of Their Respective Owner. - Powered by Exabytes Cloud